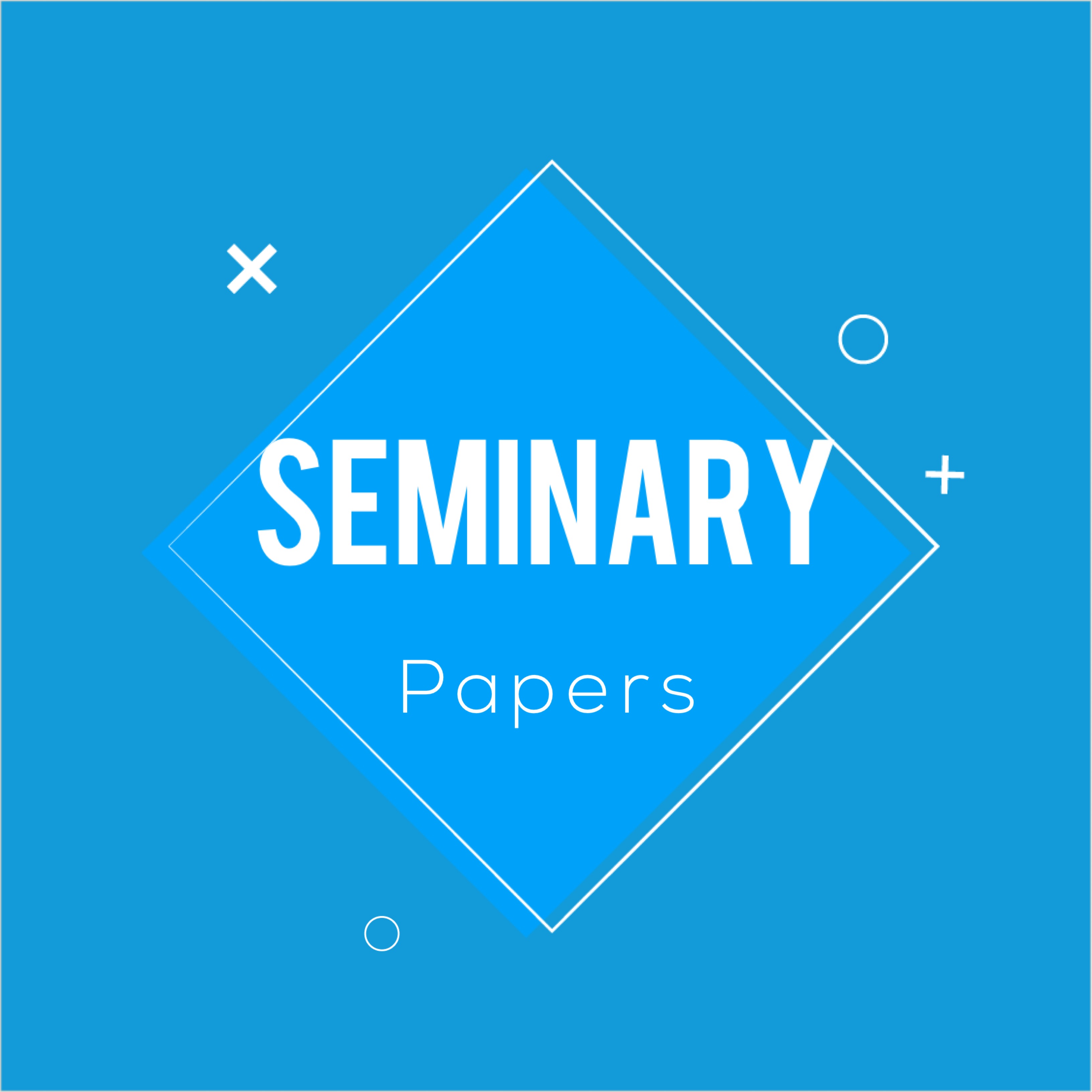 A Theology of Leadership

The field of leadership theory is on the rise in the Western world.  Theories abound as more and more expert scholars weigh in on different types and styles of leadership.  That said, it is almost impossible to keep up with the latest trends in leadership thought.  So is there a way to gauge success in this field?  Is it even possible to determine the most effective leadership styles and tactics?  Christians can give an emphatic “Yes” to these questions.  The Bible is not only a resource for gauging good leadership practices, but it is the framing device by which Christians are to view the whole world, including our ideas of leadership.

The Bible and Leadership

A good biblical definition of leadership is that lifestyle of engaging disciples to enjoy Christ by growing into his image.[1]  The very idea of leadership implies that someone is taking others toward a goal, urging them to progress according to some framework or purpose.  Accordingly, it follows that leadership should be that practice of helping people progress according to an ultimate goal.  For the Christian, then, the very nature of leadership must be that lifestyle of engaging followers of Jesus to enjoy him and grow to be more like him.  This is the ultimate purpose of the Christian life, so leaders must prepare their followers to undertake this task.

One of the primary ways that leaders can do this is by using the spiritual gift of leadership.  Romans 12:8 gives us a look at leadership as being a gift.  It is important to note that it is a spiritual gift.  This means that the Holy Spirit empowers believers to carry out this task for the edification of the church.  This does not mean that non-Christians cannot be leaders; it simply means that Christians have been empowered by God to lead in specific ways and for a specific purpose.

Contextually, Romans 12:8 seems to suggest that only some Christians are empowered with this gift, while others have such gifts as prophecy, service, teaching, exhortation, generosity, and mercy.  Again, this is not to say that Christians with other gifts cannot be leaders, though there seems to be an important distinction between the gifts.  The Holy Spirit in the wisdom of God has given each gift as he has seen fit.  They are completely undeserved, so no one really has the right to complain about which gifts they do or do not receive.  But notice how the leader is supposed to do his or her work: “with zeal.”

Christian leaders, having been empowered by the Spirit for leadership, should go about their task with zeal, always prompting and engaging people to enjoy Christ and become more like him.  Ultimately, the more mature a Christian leader is, the more effective he or she will be at engaging their followers to enjoy Jesus.  This is because mature Christians have a greater capacity to enjoy Christ than newly regenerated believers.  They have spent a greater amount of time gazing at the perfections of Jesus, and their appetite for enjoying him has grown because of it.  This, in turn, will help them to effectively lead their followers to do the same.

There are a variety of models of leadership we have discussed in class this semester that will help further illustrate these biblical principles.  First, let us consider transformational leadership.  Simply put, this is “a process that changes and transforms people.”[2]  This leadership theory holds that charismatic leaders have the potential to help their followers be transformed.  This fits well within the biblical framework of being transformed to be more like Christ.  Overall, this theory helps solidify and strengthen the abovementioned definition of biblical leadership.

Second, path-goal theory “is about how leaders motivate subordinates to accomplish designated goals.”[3]  If the ultimate goal of the Christian life is to be transformed into the image of Jesus, then path-goal theory helps leaders and followers alike understand how to progress in order to achieve this goal.  Paired with transformational leadership, path-goal is an ideal method of leadership for Christians.  This is because it will assist leaders in applying specific approaches to help their followers be on the path of accomplishing their ultimate goal.

In the story of David and Bathsheba (2 Samuel 11) we can find a leader who made several terrible decisions, and he suffered drastic consequences because of his poor leadership.  First, he was not out fighting battles with the rest of his soldiers; second, he lingered upon seeing Bathsheba bathing on the roof when he should have fled from sexual immorality; third, he committed adultery (and essentially made Bathsheba an adulteress in the process); fourth, he got Uriah drunk; fifth, he lied to Uriah regarding the nature of the circumstances; and sixth, David had him killed in a cruel manner.  Here we find at least six sinful decisions that David made.  According to the biblical definition of leadership and the three models of leadership mentioned above, David failed miserably at being a leader in this particular scenario.  His decisions meant that he failed to be authentic; he was on the wrong path, which in turn led him and his followers to the wrong goal; and he was not being transformed to be more like Jesus.  When seeking to emulate a leader, one should beware of following David in these specific points.  His bad decision making led to poor marks for a leader.

There are, however, good examples of leadership in the Bible.  For example, when Peter had ceased eating with the Gentiles in Antioch (Galatians 2), Paul says that he opposed him to his face.  Following our definition of biblical leadership, Paul does an excellent job of helping his followers, especially Peter (whether Peter was a follower of Paul or not is beyond the scope of this paper; suffice it to say that Peter was a follower of Paul during this particular episode).  Paul was simply serving his followers by helping them be transformed into his image.  Peter was on the wrong path, and Paul instructed him to get back on the right one.  In so doing, Paul was also being an authentic leader, not selling out in order to please people, but following his true convictions according to the purpose of his life.  This model serves as a much better example of biblical leadership to follow.

It is interesting to consider the biblical perspective of power in leadership roles.  Too often the church abuses its power, doing more damage than good.  So is this an institutional failure or a failure on the part of individuals?  Moreover, does the Bible even describe parameters for leadership roles in order to reduce the risk of the church abusing its power?  The answer, obviously, is “Yes.”  The bounds for leadership in the church are clearly established in 1 Timothy 3.  There, we find such words as, “an overseer must be above reproach, the husband of one wife, sober-minded, self-controlled, respectable, hospitable, able to teach, not a drunkard, not violent but gentle, not quarrelsome, not a lover of money” (vv. 2-3).  Thus, the Bible gives power to leaders, but it also places parameters around them for their followers’ (and their own) safety.

Abuses of power are almost a regular occurrence in any organization; the church is no exception.  Filled with and run by sinners, there will almost certainly be abuses of power by those in positions of leadership until Jesus returns to make all things new.  Following the biblical leadership definition from above, an abuse of power is any act that does not help one’s followers be transformed into the image of Jesus.  While this may seem perfectionistic, it is not a stronger stance than the Bible itself takes on the issue.  Not all abuses of power must necessarily lead to terrible destruction.

And there are ways in which leaders are permitted to use their power.  Legitimate use of power by godly leaders is described in 1 Timothy 3, as mentioned previously.  Leaders are to use their power to teach and help transform their followers to be like Jesus.  Their leadership must encourage their followers to remain on the right path, helping them to progress toward their ultimate goal.  And finally, leadership must be authentic (recall such exhortations as, “be above reproach…sober-minded, self-controlled, respectable”).  In this way, Christian leaders will be equipped to effectively and successfully lead their followers.

[1] I argued for this same definition in my “Philosophy of Leadership” paper.

Thanks for reading.  Have a question or comment?  Leave it below.